The other day I woke up at 11:11 in the morning on the eleventh of this month. What does this mean? Probably nothing but I decided to take a look at what the Metaverse is telling us.

First, let me explain what I mean by “sacrifice season”:

Now here is what I suspect comes next:

Britney Spears is now free. I see the “spear” as symbolic of the extreme-right. I fully expect a Q-patsy to chuck a spear, so to speak. The “metascript” has connected death and sacrifice with the numbers 17 and 22. Here are  some additional points on that:

My prognostication for the coming week includes riots, asteroids puncturing our atmosphere, and a high-profile attack or assassination by a right-wing Qanoner, possibly with a spear.

The riots I expect will be in Kenosha, where National Guards are already on alert. This is in anticipation of the exoneration of Lemonhead Kyle (LeBron James essentially called Kyle Rittenhouse a crisis actor. He tweeted, “That boy ate some lemon heads” in response to Kyle’s emotional breakdown which was apparently tearless.)  Not to defend LeBron James, who cries and flops more than any other in the Nothing But Actors league. It’s just that I’m not convinced that Kenosha was more than government propaganda disguised as real news.

However, If Gaige Grossarm shows his arm wound to be real, I’ll correct my assessment. We certainly have a lot of memes to apologize for. If someone can present compelling evidence short of twisting Guage’s arm, I'll do it for all of us:

Of course, #TeamJojo will argue the Judge is biased because of his patriotic phone ringer and the jury for being too white.

Mandela Effected Meat Loaf and Why I  Sell Masks:

Mandela Effect pusher Bryan Stavely has accused me of being part of his club. Yes, I’m alleged to be Mandela Effected by my use of the word MEATLOAF to describe a musician I never listened to. All I know is, he had large breasts as Robert 'Bob' Paulsen in Fight Club and he played “Eddie” in “The Rocky Horror Picture Show” (who gets cannibalized at the end).

I never heard him referred to as “Mr. Loaf ' and thus never formed a memory of “meat” and “loaf” as being distinct in his name. So yes, when I mentioned Russian-Vids’ penchant for “MEATLOAF” lyrics, I revealed myself to be from a parallel universe where Meat Loaf is one word.

Although this makes me a bona fide interdimensional time-line jumping Mandela Effected matrix breaker, Bryan Stavely still doesn’t want me in their club. I’m like a lost time traveler that other time travelers want nothing to do with. To add insult to injury, he called me “The Wolf,” presumably because I sell masks.

As we previously discussed on IPR, RussianVids initially called out DIRTH and High Impact Flux for selling masks and now, I’m being pointed at with the same criticisms. I’ll address those but first, let me point out that RussianVids is now going by RV-Truth.

Because he’s been credibly accused of being a Russian disinformation agent and he’s changing names to disassociate with a supposed video in which RussianVids is in military fatigues singing Russian folk songs. The rumor is, RussianVids is a plainclothes agent sent to divide the Truth community.

So why, then, do I sell masks?

I “sell” them because I refuse to cede that cultural space. We’re in the midst of a culture war and a new religion is being imposed. There is no winning by leaving the battlefield. Posting products puts your ideas directly in competition in the meme-o-sphere. A well-placed meme is a spanner in the works---the real meaning of the Blue Wrench carried by IPS penguins.

Every dollar spent internally isn’t handed to the other side. Every dollar spent by the other side on our side detracts from theirs and enriches ours. One could argue that accepting Superchats and advertising revenue on Youtube is working for the enemy. But I---although unmonetized---am in favor of people making money off the opposition. Subversion makes more sense to me than destruction, and competition is stronger strategically than boycotting.

I suppose this explains why Stavely and his ilk have fled to Rofkin, an obscure echo chamber platform while claiming to be victims of censorship. The IPS is not a victim of censorship although we certainly are a target. Victimhood is a mentality and these Rofkin Sheep prefer to lose, to cede ground in the culture war, rather than stand their ground. I suppose this explains why they call IPS “The Wolf”?

Thank you again to listeners, chatters, callers, donors, patrons, and shoppers at our store. We are the world’s only independent counter-media network and we are growing with your support. You can look forward to the inaugural issue of FAKE WORLD NEWS, a print tabloid, sometime in December. 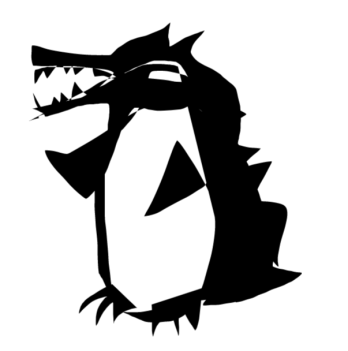