One can never be fully saved, vaxxed, or totally secure. Also, nobody is coming back from the dead to save humanity. Yet, people continually go batty over the illusion of safety and the promise of greener grass on the other side. The Vax-Junkies, Climate Change Alarmists, and JFK worshiping Qultists are all losing their minds chasing after their version of salvation:

* Climate Change Alarmists want to lock down society to save the planet at the expense of freedom.

* The Vax-Junkies want society to lock down their political opponents and strip them of free speech.

Here's the bad news: the cult of the MSM is a world-spanning religion and they will always move their goalposts in order to keep you hooked on the hope that someday you will be good enough.

You could replace your entire blood supply with the Black Goo and still fall short of perfection because you are still a lowly superspreader and always will be. Bill Gates cannot save you. He does not truly possess the keys to Heaven's Gates.

You can go green and recycle everything you own, and still not undo the environmental damage the scientists will accuse you of. The founder of Earth Day, the so-called "Unicorn Killer" actually recycled/ composted his girlfriend. And yet here we are decades later and the ocean levels are still said to be rising. But are they? Is the Globe ever going to judge us as its priesthood would have us believe?

The MSM is poking fun at the Qult and their veneration of JFK and JFK Jr. They have compared it to Jim Jones and the People's Temple. They are comparing it to the Heaven's Gate cult and insinuating that the Qult may be preparing for mass suicide. Isn't this in the nature of cults: to sacrifice one's self for the collective? To reject the world in favor of an ideal; to sacrifice one's freedoms in the hope of attaining perfect safety?

Speaking of dangerous cults, I've been picking up a not-so-subtle subtext in the Bill Gates narrative:

1. Vax as a path to salvation, the Gates of Heaven.

2. Bill is like St. Peter at the Gates of Heaven, scanning your vax-pass, checking to see if your name is listed among the saved.

There's this conspiracy theory that Marshall Applewhite was in fact a character portrayed by Admiral George Morrison, father of Jim Morrison.

Admiral Morrison was a commander of the US naval forces during the Gulf of Tonkin Incident of August 1964, sparking an escalation leading to American involvement in the Vietnam War. Jim Morrison, the theory suggests, was a psywar operative, his death faked, and he lived out a new life as Rush Limbaugh for 33 years on air until his death in 2020. But is this the end of Rush/Jim? Not if you ask Q-adherents that believe he'll be back with the dead Kennedys.

The Hologram-in-Chief was walking across a grassy knoll and one of his feet disappeared, seemingly into the ground.

A similar scene was noted at the Rittenhouse trial; someone's foot faded into the floor. Who is doing their real-time augmented virtual reality hoaxery, NASA?

These are either glitches or messages. Take your pick. I sort of take it to mean Joe Biden has one foot in the grave. He's not senile, by the way. He's high as f*ck.

Kyle Rittenhouse, it turns out, may be a child actor from Sandy Hook. Last month it was speculated that Brian Landrie was in fact a certain grown-up fake school shooting crisis actor. However, Rittenhouse is a better match. Given Gabby Petitos direct lineage to Sandy Hook, still I'm inclined to think we're looking at a young Laundrie and not Kyle, but either way, it's looking hoaxy.

If nothing yet has convinced you to question the Rittenhouse story, consider this: He and Greta Thunberg were both born on January 3, 2003. Yes. They have the same birthday. Does this seem scripted or real to you? We're talking about the two most diametrically opposed, polarizing political figures of the day, equally inflammatory to the other side, and they just happen to share a birthday?

But why all the fakery?

This would explain why Adam Lanza, the face of school shooting terror, would resurface as the savior, the activist to rise up and crusade for the children: David Hogg. Same face, opposite agenda: a terrorist savior. This is used to induce Stockholm Syndrome, the phenomenon in which the captives join sides with their captors out of total surrender.

The world stage is populated with composite characters manufactured to play with our emotions. Although we already live in an augmented reality, the metaverse will take us one layer deeper into our collective immersive illusion. What's the end goal? I could list several bad sci-fi movies that depict the future that has likely already been written. The best we can do is reverse engineer and discuss the propaganda. This is why I'm pleased to announce that our hardware issues are close to being over--we merely await a video card's arrival in the mail.

I look forward to late-night open phones, morning news-talk on Free Earth Radio, and much more. For instance: FAKE WORLD NEWS, our digital and print tabloid, will be available very soon. Pre-orders are open now at www.FAKEWORLD.news.

Thanks again for subscribing. Please share with anyone you wish to keep in the know. 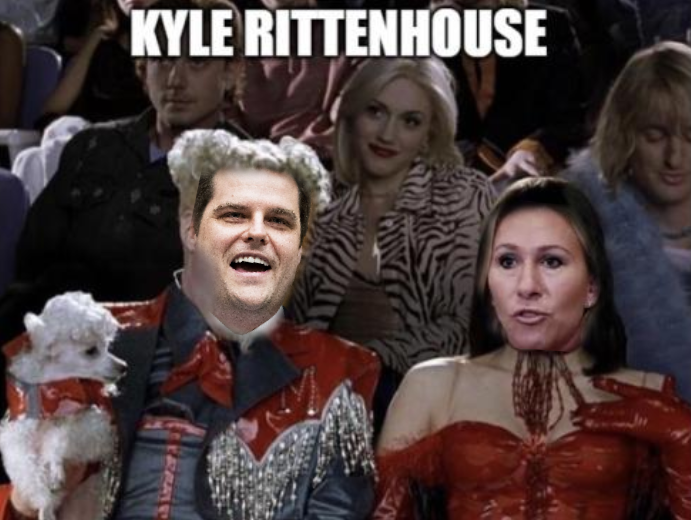